Mobile is on everyone’s mind these days. Many schools have already launched some kind of iteration to meet and compete in the mobile space. But I’m finding the early versions lacking. That’s not meant as a criticism though. All early attempts will be rough around the edges as novelty wears off and best practices begin to form. With that in mind, here are a few thoughts on where things stand.

I see this all the time in higher ed. A mobile site offers links to content aimed at prospects and also throws in “mobile” functionality like maps and directions. Who are the mobile tools intended for? Prospects are not in need of maps or directions- they’re not on campus. Yes, they are on campus during a visit, but with decision making processes lasting months if not  years, it amounts to a rare occurrence (and you shouldn’t design interfaces for the exception to the rule- offer access to the functionality, but don’t make it a focus). Like any other project, you need to settle on who you’re building your project for OR for what purpose (i.e. use case), but not both. It doesn’t make sense to offer tools that are really meant to fulfill particular use cases alongside content meant to fulfill audience segment needs (unless they’re the same thing in which case we’re only talking semantics). Divide an conquer. Create a single .edu experience with focus and intent. Don’t get mesmerized by “mobile” functionality unless it supports the bigger plan.

If research suggests that maps or other kinds of functionality are needed, don’t be so quick to throw them in alongside the content intended for an audience segment. Instead, be ruthless in your curation and editing of the interface and user flow. Let the focus of your strategy be your guide and allow it to simplify your decisions. If your intent is to primarily reach prospects via mobile, then do so. Take the research finding that don’t fit well (like maps) and set them aside. Once you have the segment’s experience honed, then take all the leftover stuff and ask why it was left out. I think in the case of maps, it will be left out because it’s not directed toward prospects. It’s really intended for an on-campus use case which might mean it’s relevant to a prospect when visiting, but more apt for the people who are always on campus- students, employees. The use case cuts across traditional audiences and presents an opportunity to create a second experience, this time centered around the I’m-on-campus use case.

That use case might best be addressed through a dedicated app. Why? Because mobile doesn’t necessarily mean walking on campus. You can just as easily be sitting at home surfing on your phone. This fact suggests that the mobile site should actually be the same as the desktop site, or, in other words, there should only be one universal .edu experience whether it is seen on a phone, an iPad, a desktop or anything else. This is the responsive web design idea that’s gaining so much attention (and deservedly so). So, if all devices point to the same experience and that experience is determined to primarily be centered around prospects, then where should this use case approach apply? I say an app. It can include links to the intranet, Blackboard (or whichever LMS your institution uses), shuttle service, dining hall push notifications, etc.- anything that matches the use case.

Harvard has done an excellent job of providing focus to their mobile experience. You can tell by the content offered that it’s squarely directed to on-campus use. There is nothing extraneous to that purpose which brings it focus, clarity and cohesiveness. Their website, on the other hand, is squarely directed at prospects. There are ways to get to content that isn’t specifically geared to prospects, but those access points are secondary to the main show which is for prospects. Roanoke’s mobile site, in contrast, has less focus. You might think they follow an on-campus use case strategy too, but then you see that they include links for admissions and majors- content meant for prospects. They also have a link labelled alumni which is yet another audience segment, this time literally called out. In contrast to Harvard, Roanoke’s palette of content is much less coherent burdening the user to figure out whether or not the site is of use to them or not. Placement of the links is also a problem. Josh Clark teaches us that the audience specific links are located at the most accessible link target areas of the screen. That further adds usability confusion to the site. 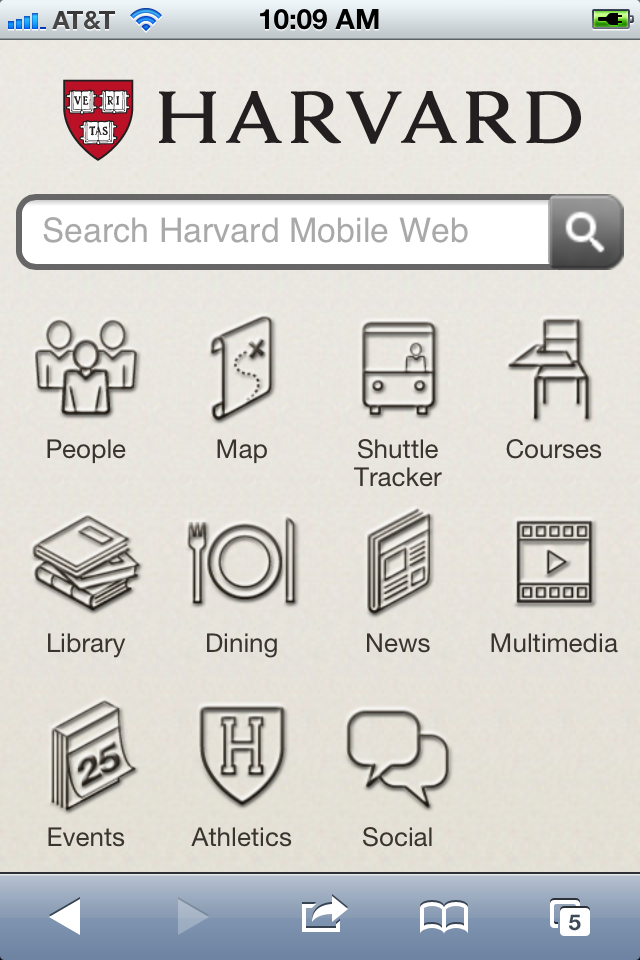 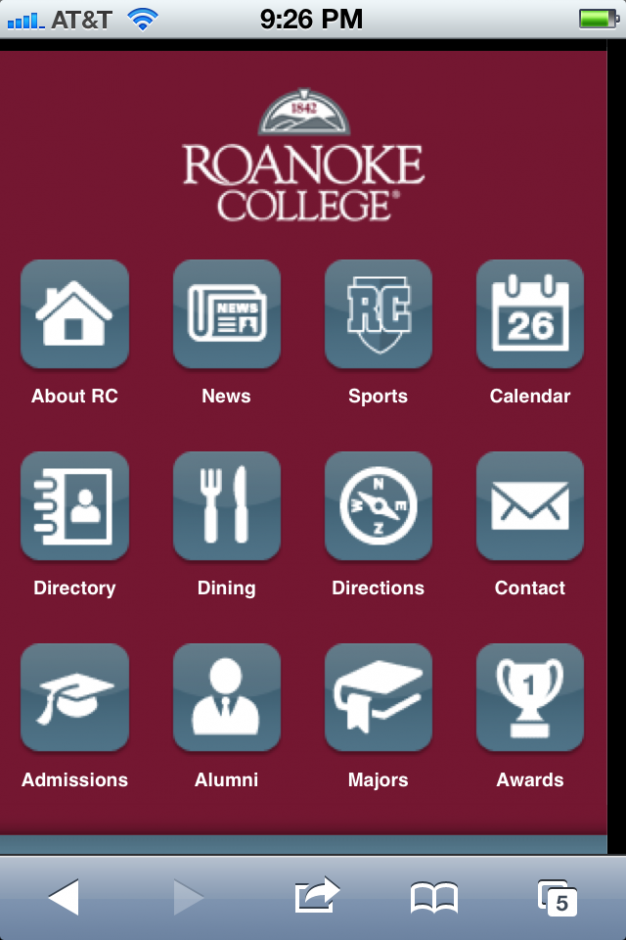