I haven’t been a long time user of Twitter, but now that I have Twitterific forever occupying the lower right corner of my monitor, I’ve increasingly noticed how much quicker the twittersphere is at reporting breaking news than traditional news sources. A couple of interesting take-aways here:

Here’s the Twitterific screenshot I mentioned above. Cameron Moll beat CNN to the punch. 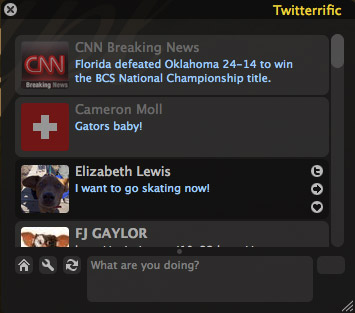